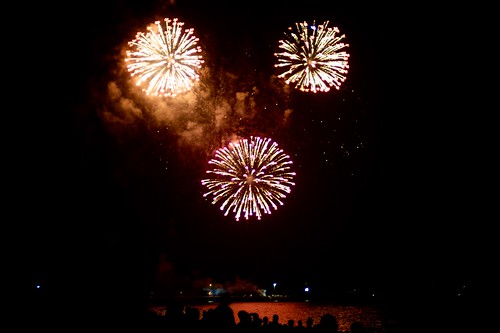 Happy New Year! I watched the last day of the year go by in Cairns, and really enjoyed the chilled atmosphere and surprisingly lack of smart phones being pulled out as people watch the firework over the jetty. Makes a nice change and hopefully is a good omen for the year and the remaining 360 days left, but who’s counting?

With that let’s kick off this year’s first Meatless Monday. Thanks to my mother I received Ottolenghi’s Plenty More and I can’t wait to try out some of the recipes from the book. One that caught my eyes was this Indian Ratatouille recipe, for those who followes Ottolenghi he published a very similar recipe in the Guardian a couple of years ago. If you would like to have a look at that version instead click here. 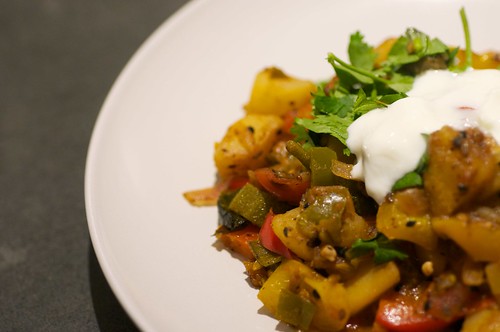 This is a very generous recipe in the sense that there is enough to feed a very hungry family of four.. The book’s illustration is misleading as the main ingredient within this recipe is the spud and not the capsicums or tomatoes. If I do make this again, I would probably substitute half the potatoes with eggplant instead.

Instructions
Heat the oven to 200C/400F/gas mark 6. Heat the oil in a large sauté pan, add the onion and potatoes and fry on medium-high heat for 10 minutes. Lift out with a slotted spoon and set aside.

Top up the oil, if necessary – you need two tablespoons in the pan. Add the pepper and spices, and fry on high heat for three minutes, stirring. Add the okra tomatoes, chilli and curry leaves, and fry for five minutes on high heat. Return the cooked vegetables to the pan, add the sugar, tamarind and 200ml water, and simmer for five minutes. Season with salt to taste.

Spread the mix on a baking tray, sprinkle over the pumpkin seeds and bake for 12 minutes. Serve sprinkled with coriander with yoghurt on white or brown rice.

View all posts by YW